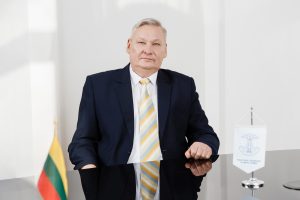 Throughout the period of independence, the Lithuanian industry has been constantly changing and taking strong steps forward. The country established itself in new industries and introduced modern technologies throughout different sectors. Consequently, today, like many advanced Western countries, Lithuania is firmly on the threshold of Industry 4.0.

Therefore, during the discussion with prof. dr. Panagiotis Damaskopoulos, the head of a researcher at the Kaunas University of Technology School of Economics and Business under the project of ERA Chair „Industry 4.0 Impact on management Practices and Economics” (further – “In4Act”) and Economy Advisor of Association of Lithuanian Chambers of Commerce, Industry and Crafts Gediminas Rainys talked about the dependence of Lithuanian industry and how to successfully implement the development of Industry 4.0. 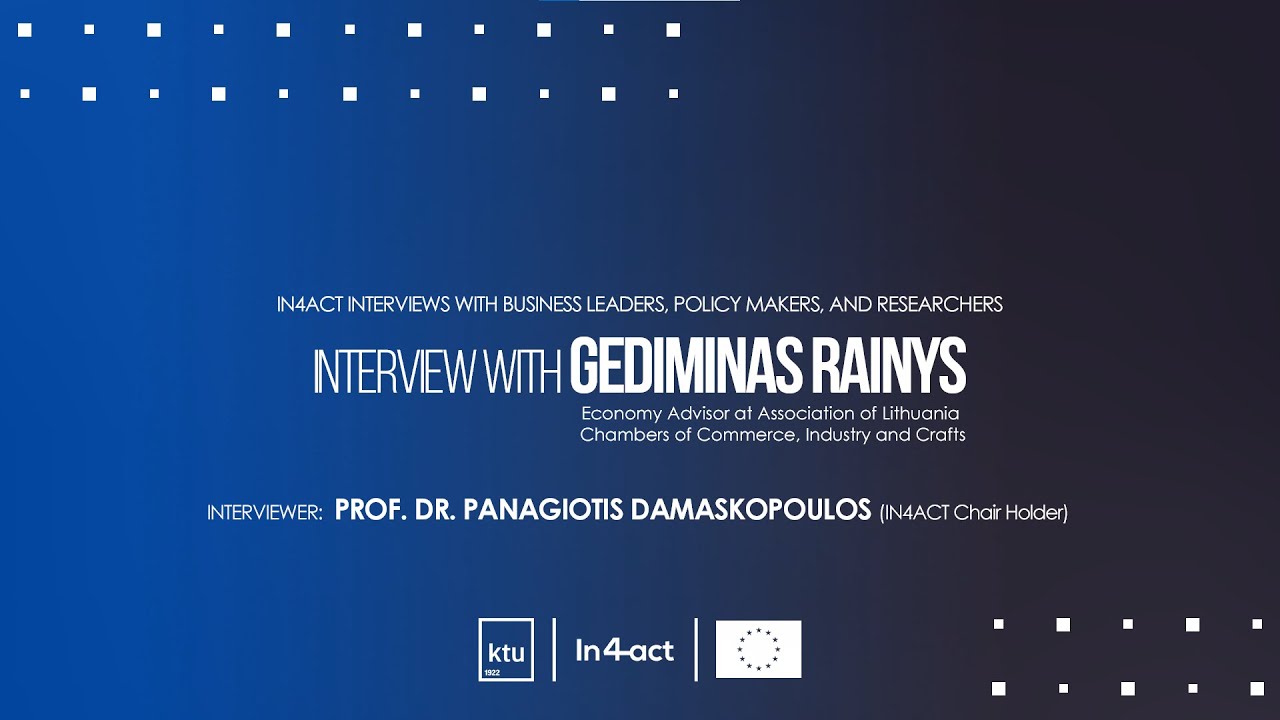 The need for innovation is dictated by the market

First, G. Rainys notices that more than 20 percent of gross domestic product (GDP) in Lithuania came from different industries. According to him, remembering the big crisis in 2000 and 2009, this number is a good indicator of the economy’s functioning.

“Of course, I am also glad that after the COVID-19 pandemic-related crisis industry in Lithuania seems to be functioning well. In some cases, it became even stronger because the pandemic essentially forced businesses to exploit e-commerce and digitalization possibilities. Also, recently we presented a roadmap for the circular economy, related to renewable materials. I believe we have a pretty good pace in establishing renewable energy. So, all in all, I think we are going forward”, says Economy Advisor.

“An example can be given – multinational furniture company “Ikea”. We are one of the largest suppliers of “Ikea” production in the world. However, it’s not enough that we do not make important decisions in this field, but we also must follow certain company rules, starting with forest certification. Again, if “Renault”, “Mercedes-Benz” or other big names will start manufacturing electric cars, that will require certain components. But once they are producing what they are producing, we are simply reflecting that”, says G. Rainys.

Economy Advisor of the Association of Lithuania Chambers of Commerce also adds that innovative activities in the Lithuanian industry are pretty low. The explanation, according to him, is simple. Even though the Lithuanian industry has modern technology, it has very precisely defined orders, of what the industry should produce. G. Rainys emphasizes that this is a competitive market, Lithuania is competing with its neighbors. But again, Lithuania simply needs to reflect on orders given by big companies.

“However, to improve the situation and move forward from the initial stage we should always be looking for European Commission initiatives – clusters, technology platforms, digital innovation apps, and other initiatives, which are very important for industry. Like participation in the programs – “Horizon Europe”, “Battery Alliance”, “Hydrogen” and new initiatives related to the European chip market”, says expert.

Speaking about major problems in Lithuania’s business, G. Rainys distinguishes two of them – a mismatch of skills and a shortage of labor force. But in terms of industry, he notices that the main problems are quality of education and preparation for the labor market.

Finally, talking about the role of public policy, G. Rainys does not believe that the government of Lithuania could produce super specific, more efficient public policy related to Industry 4.0 developments. He thinks that if Lithuania will follow up on EU news correctly and efficiently, it may be enough.

“I can’t imagine the very modern high-technology industry without not participating efficiently in European programs. There are a lot of programs, also we have a lot of business alliances. So, if we transfer all of that and follow all initiatives correctly, I believe we will create a road map for the Lithuanian industry to move forward over Industry 4.0.”, says Economy Advisor.

The discussion is a part of the “In4Act” project, implemented by the Kaunas University of Technology School of Economics and Business researchers and financed by the European Union project “Horizon 2020”.